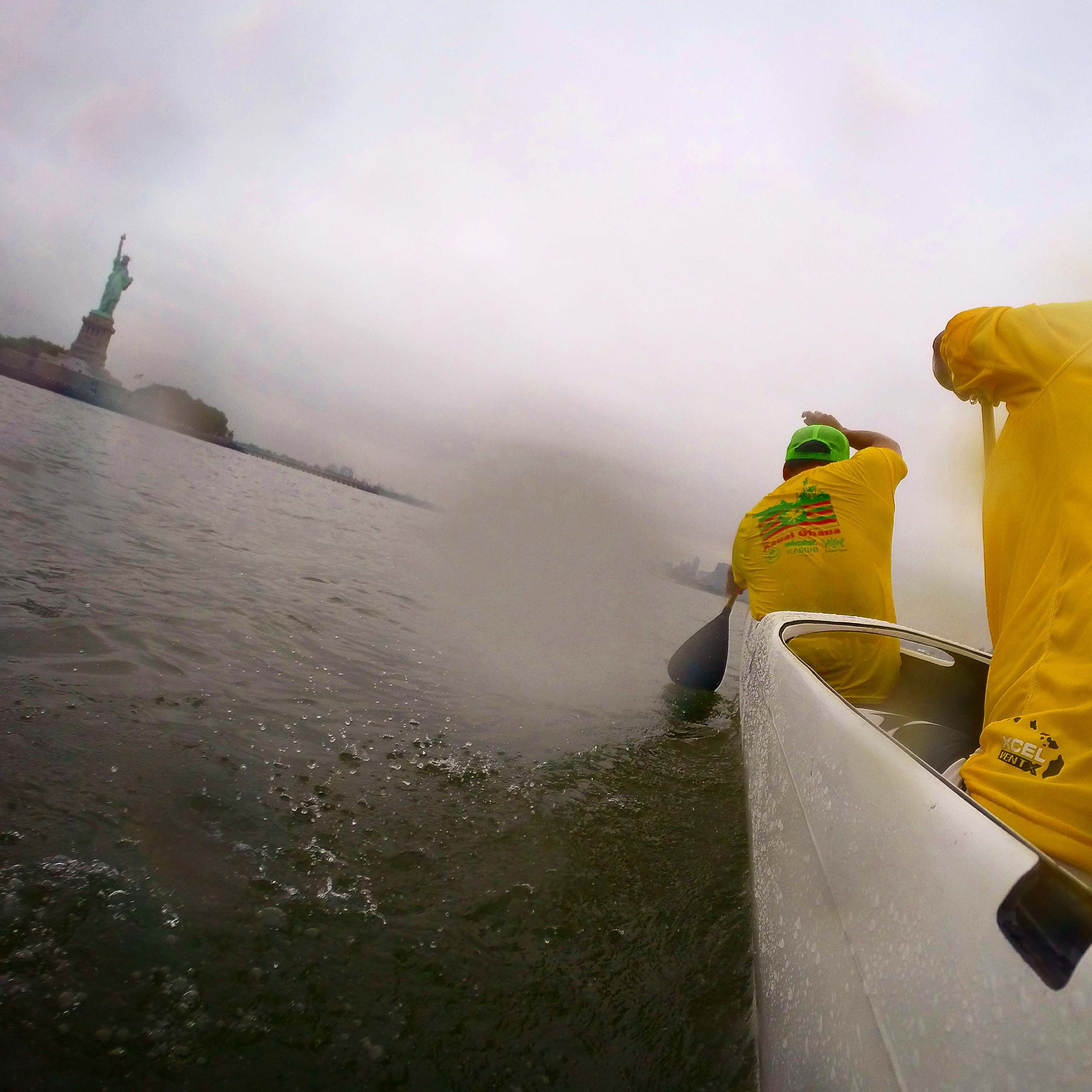 I was asked to write an article for the Garden Island newspaper about our race in New York City.  To be honest, I was hoping for a byline.  Here is my original article:

Kaua`i was well-represented at the 19th annual Hawaiian Airlines Liberty Challenge in New York City, the largest outrigger race on the east coast. The six-man canoe race covered 15 miles of the Hudson River in Manhattan; starting at Hudson River Park’s Pier 26, it wound around both the New York and New Jersey shores and passed some of the city’s great sights, such as the Statue of Liberty, Governor’s Island, the Manhattan and Brooklyn Bridges, and the 9/11 Memorial Tower. Spectators watched from multiple viewing points along the river, and a high-tech tracking app allowed them to follow the canoes throughout the entire race.

The conditions on the Hudson River are what make this race challenging. Strong, shifting tidal currents and winds, together with passenger ferries, tour boats, tankers, barges and pleasure boats, create obstacles unlike any on Kaua`i. The steersmen followed the best course to take advantage of the currents and boat wakes, while staying clear of docks and river debris; police and safety boats frequently stopped the canoes to allow large ships to pass through the race line to maintain the busy harbor’s schedule.

Participants of the race came from 74 teams, representing seven countries, including Hong Kong, New Zealand and Australia. They were treated to a Hawaiian-style luau after Saturday’s race, complete with hula from a New York halau. All teams took advantage of beautiful New York to sightsee Times Square, Central Park, and attend a Yankees game. Host club New York Outrigger demonstrated that Aloha can be found everywhere.

This is what was published.

2 thoughts on “Liberty Challenge in NYC”