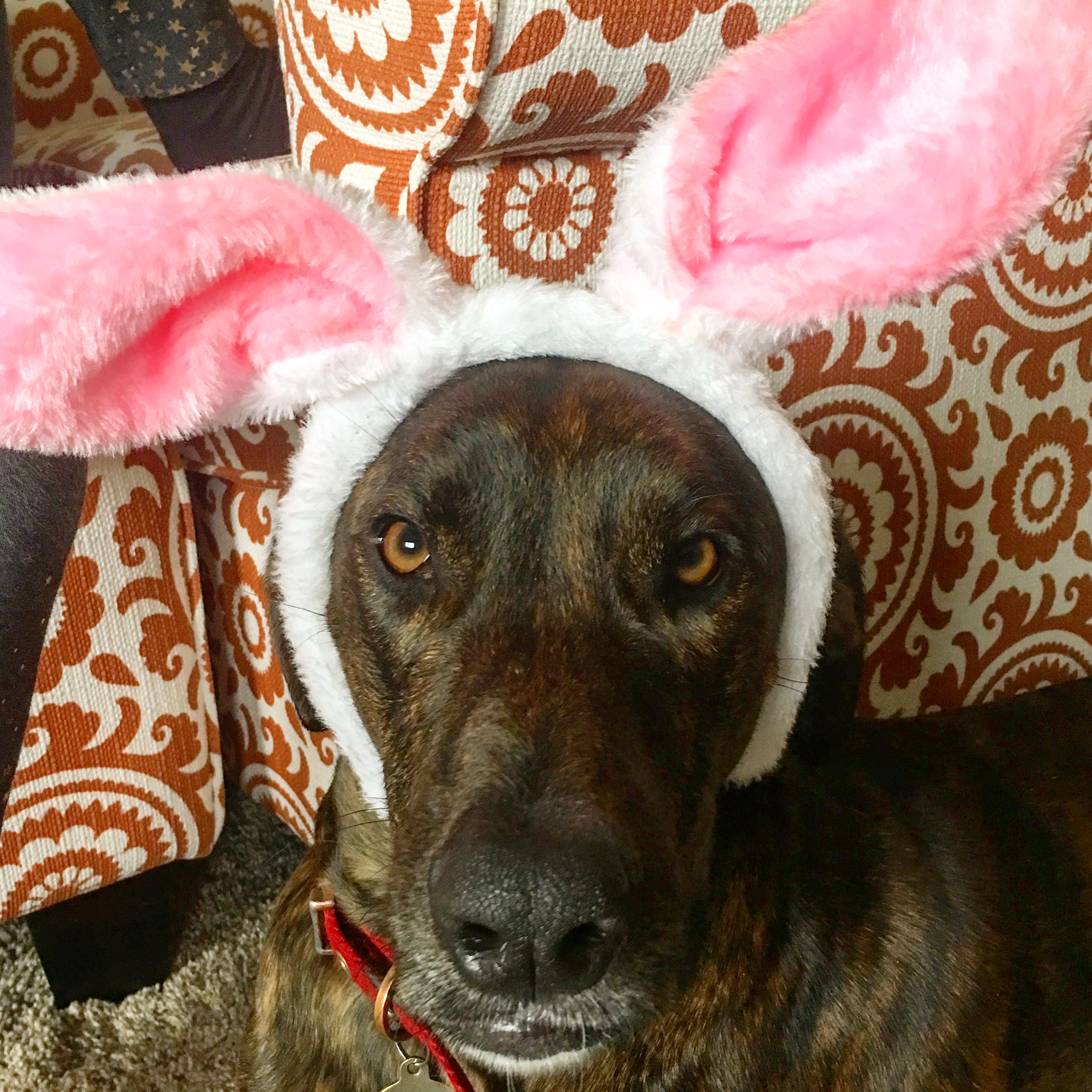 I’m sure you’ve been hanging on to the edge of your seat, waiting to find out if I made it to Cleveland. So yes, here I am, safe and sound.

After two blizzards and getting stuck in both Minneapolis and Bloomington, Illinois, the weather was a perfect 50 degrees for the final drive to Cleveland. I can’t say I loved the route of the trip without my planned sightseeing, but there will be time to go back and see what I wanted to see. Especially since the job I was so psyched to come home to was given to someone else while I was sitting in the snow – I have some extra time now.

The final mileage was around 4,200 after wandering around trying to find a way around the storms. In that time, I was only in one near accident – a baby blue semi, which I passed with the pedal down since it was swerving crazily, ended up getting off at the same exit when I stopped for gas. I was sitting at a red light at the bottom of the exit ramp, looking around, and noticed it in my rear view mirror, barreling down the road behind me. A long, loud squeal of brakes from the out-of-control truck, which made Lucy try to dive to ground, alerted me to the idea that my tailgate (and grandmother’s end tables) might not survive the next few moments. I had a few empty feet before the car in front of me and quickly stabbed the gas pedal, the result being I had an inch in front and about an inch in back – no contact. It was a scary moment and the asshole truck driver calmly acknowledged the bird I flew from my window. If anyone deserved it, he did.

In 4,200 miles, that truck was the only instance I thought I might have an accident. A few crazy, fast drivers swerving through downtown traffic scared me, but I forced myself to remember that plenty of people are good drivers and as long as I pay attention I should be fine. What really pissed me off was the random cars and trucks that sat in the fast lane and wouldn’t budge for anyone. I can’t understand why the don’t get the rules; if you’re slow, get out of the way. Seems pretty simple.

Thanks to Apple maps, I was never lost. I have to take a moment to praise this glorious bit of tech – for me, it might be the greatest invention of all time. Pre-internet, I never went anywhere without several folding maps (that never ended up folded along the original creases) plus handwritten instructions on every turn I had to take to reach someone’s house. After that, I had a glove box full of of MapQuest printouts for every destination, with scribbles on each of them when I encountered a closed road or a friend told me a shortcut. With the advent of portable GPS, my family pitched in together to get me one since they were tired of me calling at all hours when I was lost; I loaded the city I was preparing to drive through on my computer from a disk, connected the GPS, and had decent directions if I regularly updated through my dial-up modem. Now, my phone can find me 20 different ways to get to the same place, and I found some beautiful spots to drive through that I would never have found otherwise. This might not seem like a big deal to some people, but I can look at a sunset and have no idea which way is north, so yeah, it’s huge to me.

Now I’m in Cleveland, and the metroparks are as beautiful as I remember. I had one day before my sister Mary and I had to move her from her rental house to the house we bought, so I haven’t done much exploring yet. We have a house on 3 acres, complete with a fenced-in yard for the dogs and a forest with deer and squirrels and turkeys. The house must have been built for short people; I can’t use the upstairs shower, and I’ve hit my head five times already on the ceiling fan in my bedroom. But the outside is wonderful, with deer-fenced gardens and lots of room to plant whatever I want.

Today I took some time to go to a garage sale; I saw pictures of garden tools online and couldn’t wait to get started (April showers bring May flowers, and it’s been pouring for a couple days so I’m just preparing). I found the house about 40 minutes away (thank you, Apple maps), and went right to the garage. I quickly loaded up half my truck bed with tools for $50 (ridiculously cheap for what I got), then headed into the house to poke around. I feel that Mary is more in charge of the indoor decoration, while I am in charge of outdoor, but it doesn’t hurt to look; I can text her pictures if I feel like I want something. None of the furniture interested me, but I walked into the kitchen and realized that EVERYTHING was for sale. I picked up an unopened carton of vegetable broth and saw the expiration date of 2007 – put it back. Since we had just moved, I grabbed one of the multiple 12-packs of toilet paper sitting out, bought it for a dollar and headed for the door. That was when I heard what the sale was for: a man had worked his entire life at the same blue-collar job, finally retiring and getting his pension – then poof – heart attack three weeks later. Dead.

Now I have a dead man’s toilet paper, and that’s the least of the problems I have with that scenario.

Before I wax poetic on death (which is really unlike me, but Mary opened a bottle of Proseco and that might be why I’m so full of feelings right now), I’ll finish the day. I took a wrong turn out of the sale (I didn’t have my maps up yet), and ended up in a very familiar-looking square; it was a place I knew from my childhood, but couldn’t quite place why. Upon turning the corner, I quickly parked – Dick’s Bakery! The place where my mother would take us after swim practice if we were good. I always got a chocolate chip cookie, and that didn’t change today. Well, except that I got a dozen. I have my own money now. And I had them for dinner. Adulting at its finest.

I went to my parents’ house to pick up boxes I had mailed from Kona, which filled the rest of my truck. It was nice to be reunited with my scuba gear, but the prospect of it sitting unused for months makes me sad. The water temperature in Lake Erie is 43 degrees today, up from 34 when I last checked, so maybe next month.

My father is doing well, more lively than I had imagined after starting chemo; we are arguing over a riding mower in his shed. He originally offered it to me for our immense lawn; since then, he has listed a dozen things seriously wrong with it (since it is as old as I am), and decided instead that I cannot have it and he will buy us a new riding mower from Home Depot as our housewarming gift. I sat on the old tractor today, noticed the cobbled-together battery cables he mentioned, the flat tires (original), the dull blades (original), the choke that doesn’t choke, the heavy crank to engage the mower, and thought, “I must have this.” I don’t even know how I’d get the old beast to my house, rent a trailer, perhaps, it’s too big for my truck bed. So I told my father I wanted it, and he said “let’s go to Home Depot and look at mowers; they’ll deliver.” No way. I want that beast. It is solid, as only machines built 30+ years ago are solid. It’s roughly twice the size as a comparable mower, and only has one single belt (original) that runs everything. I’m currently looking up names of mythological creatures to see what fits. (Just got an email from my father as I’m writing this: “Forgot to tell you, no brakes on the tractor.”) I’m going to evade the issue of a new mower until I show up with a trailer and haul the old thing away.

I cut with mowers when I was young, although I don’t remember this particular one. And I really don’t understand why my father has this monster since his house is on about a quarter acre. But along with the other garden tools and power tools he is giving me (also could say he is “unloading”), it seems to be a part of history, a bit of my childhood comes back with each – the grill they don’t use anymore, the shovels and rakes, the hoses and drills and screwdrivers. Just like driving through neighborhoods and feeling the nostalgia of my youth (even though after 30 years new buildings are everywhere), the tools in my parents’ basement bring back so many memories. I could recognize the smell of WD-40 anywhere. It’s strange to be here, without a doubt. Everywhere I drive used to be open fields and are now office parks and malls. I haven’t even ventured downtown yet. And, if you read the past blogs, my grandmother’s tables made it no problem. More crazy nostalgia.

All in all, though, this is a good new adventure. I’m going to build boxes in the forest to attract falcons and hang feeders for hummingbirds; not the dolphins and manta rays I used to photograph, but all wildlife is life, and all of it is beautiful and worthy of appreciation. Daffodils are blooming and the trees are beginning to leaf out. Lucy and I will explore the area’s parks, which are immense, and I hope to find hidden spots all around this city to hike and fall in love with the land. Lucy and her new best friend Coco are getting along tolerably well, as much as a 9-year-old dog and a crazy 2-year-old can coexist. Lucy lives for the moment when Coco hauls herself out of bed, thinking she has a whole day of playtime ahead. She’ll learn.

Those are the big updates for now, and I hope to share some of the beauty of Cleveland with you soon – did you know this is the 50th anniversary of the burning river? I have been assured that it is much cleaner now.