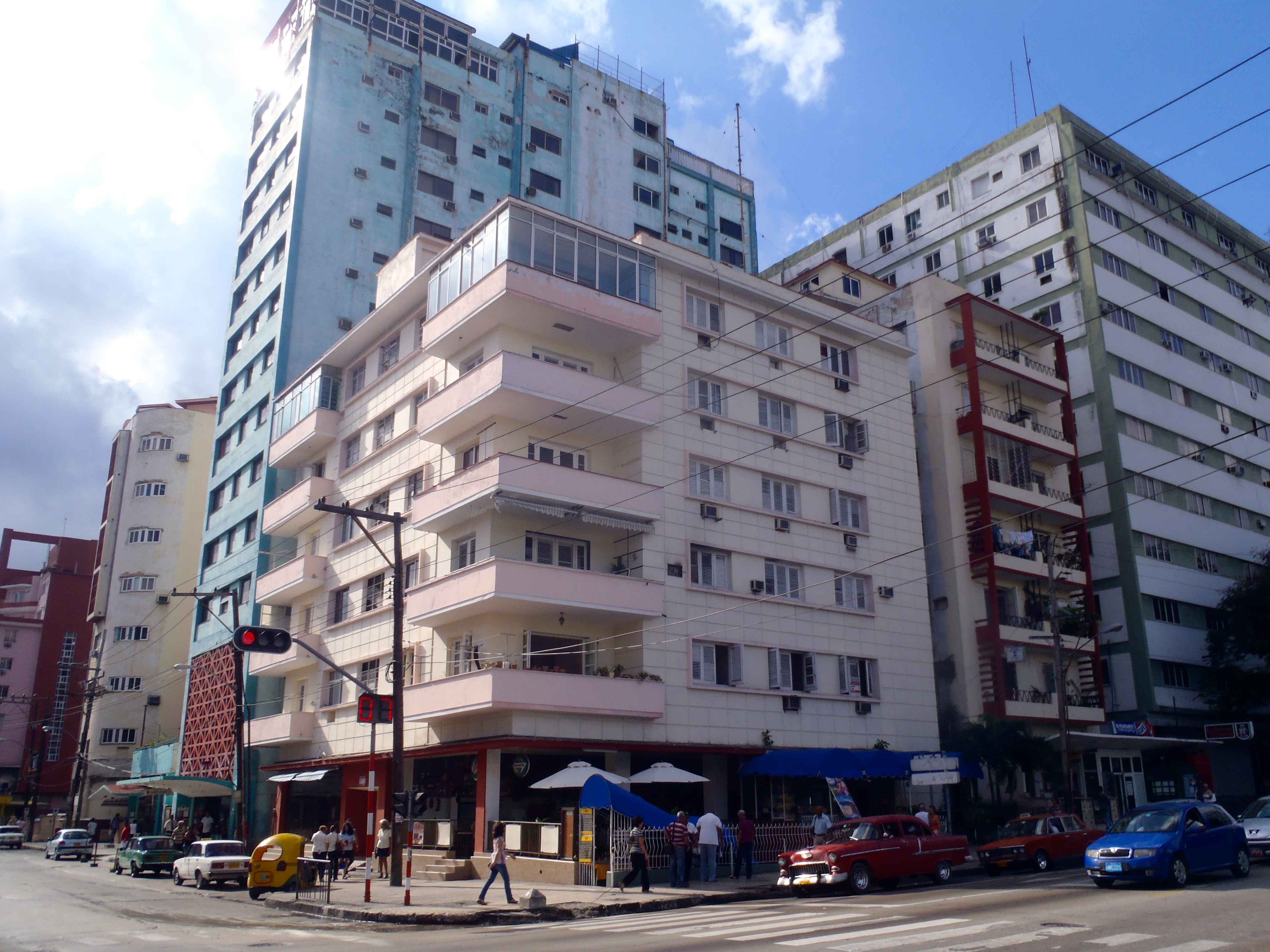 This excerpt is from my first driving experience in Cuba.  Driving there turned out to be a very stressful task without directions…

After talking with the German couple about how easy it was to drive around Cuba we decided on renting a car. We went to several rental agencies called Cubicar, all the same but with different pricing. We found the best price at a large hotel in Old Havana. It was pretty straightforward, but Gina argued about everything; I thought the salesman was going to kick us out. But she had spent the day angry about lunch, our host family, basically everything. She wasn’t afraid to tell people she was upset, which I liked about her.

We finally got our car, a generic blue four-seater, but we had no road map. That was another argument Gina had with the rental guy, which lasted for quite some time, but didn’t help us at all. Eventually, one of the men drew us a map to the autopista and we went home to collect our things and get on the road.

It was about 4 p.m. at this point, and we had to say goodbye to the people in our building, which took close to forever. One woman, Clara, with whom we made arrangements to spend our last night before flying home, wanted to introduce us to everyone who was currently staying in her apartment, and after too much small talk and very little understanding, it was 5:30 before we could leave. Our first destination was Viñales, about four hours away. We had no map and the sun was setting in two hours. I’m not certain why we thought it was a good idea to leave at that point.

But leave we did, with total fanfare from the apartment building. We agreed that I would drive and Gina would navigate. Almost from the start it was “slow down,” “watch the bikes,” “careful;” she was a classic backseat driver. I was surprised at how well I was driving given that it had been so long, and I finally had to tell her to relax, and just tell me where to go. Driving through Havana was a little crazy, but not nearly as bad as Mexico City or anywhere else where everyone owned a car. The first thing I noticed was that there were no street signs anywhere – no direction, no arrows, nothing. We followed the man’s hand-drawn map and everything seemed to be going well. Some roundabouts, a tunnel – we drove and drove and I was quite happy.

We entered a small town with no cars – everyone rode bikes or horses – and that was when I started to wonder where we were. The sun was setting and I thought, “Ok, we’re going south, I think that’s good.” But it turned out that Viñales wasn’t south. Then the road turned into a dirt track. “I don’t think this is the autopista,” I said. We drove through a muddy pothole the size of our car. Gina said we needed to follow this road for 24 more kilometers, or until the dead end that was just ahead of us.

It turned out that we weren’t on the autopista at any time. Gina knew this, she told me later, but didn’t tell me an hour earlier when it would have been easy to go back. I just figured that we were in an underdeveloped country and maybe their main highway becomes a dirt road in places. I’d spent months driving on dirt roads.

I turned around and we went back to the small town, and everyone was waving and making signs that we couldn’t understand. I wanted to stop, but Gina believed every person wanted to rob us and refused to let me talk to anyone. Our host family in Havana convinced her that this was true, and that we shouldn’t talk to anyone or pick up hitchhikers either. But I didn’t want to die in the middle of nowhere in Cuba, so I stopped and rolled my window down for the next man yelling at our car. I couldn’t understand a word he said. I pulled up to a gigantic black man who scared Gina more than the first guy, and he told me I was driving the wrong way on a one-way road. That explained the yelling. I wish I understood enough to ask why a town with no cars had one-way streets; that will forever be one of life’s mysteries to me. He used hand signals to direct us back to the main road.

As we searched for the elusive autopista, a gorgeous sunset painted the sky. Unfortunately, that meant darkness soon. We decided to go back to Havana, spend the night, and try again early in the morning. But at night with no signs, we got completely lost. “Have we been past this before?” “Which direction did we come from in the roundabout?” “Where the fuck is the tunnel?!”

After a couple more turnarounds, we found familiar ground – we found the tunnel, we found the glorious ocean on the left-hand side. Gina was almost in tears; I was trying to pretend everything was great, but all the while I was thinking about where a good place to spend the night in a car might be found when we were so lost we couldn’t find Cuba’s biggest city. I had decided that if worse came to worst, I could pull into someone’s driveway and pay them $10 to sleep in the car, but at no point did I find a single place that would be appropriate. I would have settled for slightly sketchy, but we couldn’t even find that.

I truly enjoyed my first driving adventure in Cuba, stressful though it was. Never once during my trip did I imagine I’d be driving across Cuba, so it was definitely a mark in the positive adventure column. We got lost, but I didn’t freak out even though there were no lights anywhere and I had to dodge bikes, walkers, and swerving oncoming traffic. I thought Gina might have a panic attack, so repeating “todo esta bien” over and over helped us both.